Hello you lovely lot! Today I'm taking part in Itching For Books blog tour for FOREVER LAYLA by Melissa Turner Lee. It's a really quick and unique read so I hope you enjoy my review and as always, you know the drill - leave me a comment and tell me what you think! I love hearing from you :) 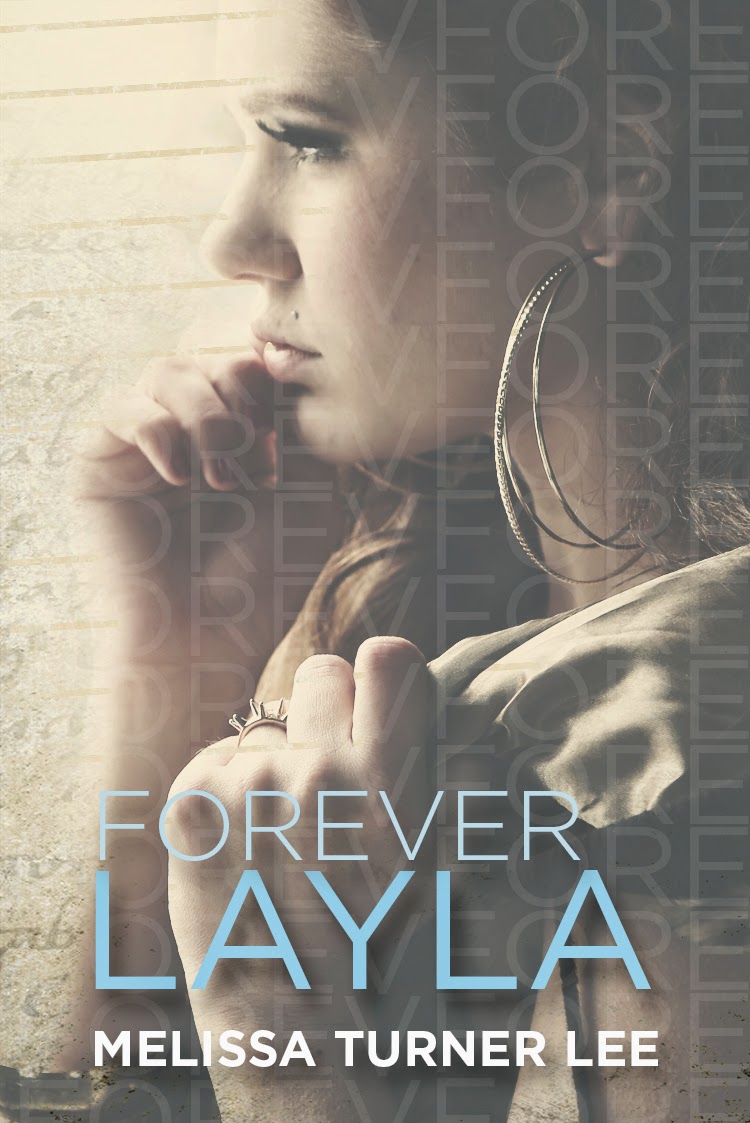 What if the woman you envied most is the person you are destined to become?
In 1994, high school senior David Foster was the lackey and soundboard geek for his best friend's grunge band. During spring break, the band lands a dream gig playing at a motel in Myrtle Beach, SC. David expected all the girls to ogle the guys on stage, but when a beautiful blond "Bond Girl" approaches him and calls him by name, he's shocked to find out she knows more about him than a stranger should.
She even knows about his notebooks and his visions of time travel.
What she thought was a quick time-travel-sightseeing trip takes a surprising turn when she meets the young adult version of the man she'd heard stories about as a child. His fairy-tale romance with the woman he'd loved, Layla, inspired her to accept nothing less than a love just as strong...but hopefully not as tragic. When she won't tell the younger version of him her name, he calls her Layla--and the world as she knows it changes forever.

Forever Layla is a sweet, unique and fast paced read that is like nothing I've ever come across before. It's complex in it's plot lines and every little detail cleverly knits together as the book progresses. It is a story that will have you holding you breath as you wait for the last piece of the puzzle to slot into place.

Now this is where I would usually try and go into the plot a little bit but for a short book it has a rather complicated story, so I'll try my best, although I think only Doctor Who himself could explain it without giving too much away!
It's the story of Layla and David. It's the story of how they fell in love and how knowing what's around the corner can affect the way you see things. Layla is from the future, it wasn't her choice to come back but now she's here - here being 1994 - she's got to figure out how to live in a time she doesn't belong. Although, as time passes and David becomes an important part of her life, Layla starts to question whether she was always meant to be living in the past. What time does she really belong in? And can she be in the past without screwing up the future?

Okay, so there were only two things I struggled with when reading Forever Layla. One being the words 'time travel' and two being Layla. So the time travel thing isn't that big a deal and a completely personal issue! I just found that whenever those words were used it felt kind of corny. Although at the same time you can't write a time travel book without them so...
Then there was the Layla thing, which was a little more of a issue. It's not that I didn't like her, in fact I really kind of felt for her. I just found her a little annoying at times. Especially in the beginning. She's very stubborn and isn't used to having to rely on people, which did - at times - come across as a little snobby.

Forever Layla is another dual narrative that at the beginning seemed a little one sided but the Layla chapters started to become more frequent and you were able to really submerge yourself into the story. Their story. Both character's also had very distinct voices, making it easy to tell who's point of view you were reading.

As I've said this book is unique and compelling and very well written. I actually would have liked another 50 pages or so as I felt there was more to Layla and David's story that could have been told. Some of the in between moments. Which yes, would have slowed the pace down but also I think it could have given the reader more time to feel for the characters.

The last 20% of the book had me holding my breath. I had a feeling I knew where it was going but no idea how it was going to get there. It's the kind of book that has you wishing for that all important happily ever after. Overall the way the whole story twists back on itself is ridiculously cleaver and I think Melissa Turner Lee deserves a medal for keeping it all straight in her head as she wrote it!

Forever Layla didn't disappoint. It's quirky and fresh and I think you're going to really enjoy it!

**I received this book as an ARC from Itching For Books as part of a tour to read & review. This is a 100% honest review.**


“David?” a soft feminine voice spoke my name.I glanced up to see the biggest brownest eyes framed by the longest blackest lashed I’d ever seen. I glanced down to focus on the rest of her. The form fitting black dress she wore hugged every curve down to her toned and tanned legs. My gaze trailed on down
to her fancy black heels and then back up at her face. She was hot...like model hot. I couldn’t blink or think as I stared at her beautiful face framed by large amounts of blonde hair and a pair of large hoop earrings. She didn’t look like the other girls with her eye makeup, glossy pink lips and the way her hair was puffed up and styled. She looked like she had just stepped out of one of the JamesBond movies Dad and I liked to watch on TV.I glanced around the crowd of girls in cutoffs, t-shirts, Keds and stringy hair. Her look wasn’t in style at the moment. Most girlswere doing the grunge and hippie thing, but Bond girls never went out of style with guys. I tried to say something, but I think I just stared and possibly stuttered before a wheeze came out. She reached for the inhaler in my shirt pocket and handed it to me. I took a puff as she shook her head smiling.“It is you.” A look of pure wonder and amazement lit her face.She blinked, making her thick and extremely long lashes flutter like butterfly wings. “I can’t believe it. You wear glasses now.”I pushed them back on my nose self-consciously as I put away my inhaler. “Yeah, like since the third grade.” I eyed her up and down once more and worked hard to remember to breathe.
“Do I know you?”“Kind of...Well not really. I’m...” she shifted her eyes to the side without moving her head and bit her lips like she needed to remember something and stopped for a moment before she continued.
“Ugh! I suck at this. You’ll never let me do this again if I mess this up.” She shook her head and then turned her attention back to me.“No, you don’t know me, but I know all about you. Let’s just put it that way.”

Melissa Turner Lee holds a BA in Communications with a concentration in Journalism from the University of South Carolina. She has studied fiction writing since 2008, attending various writing conferences and workshops, along with guidance from professional writing coaches. She resides in Spartanburg, SC with her husband and 3 sons.
FACEBOOK || BLOG || TWITTER