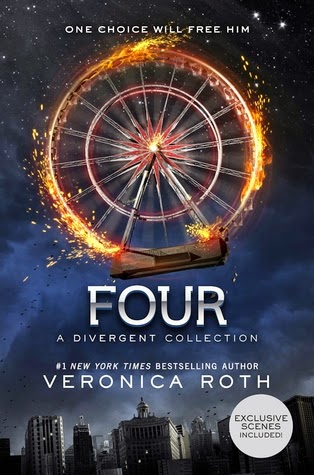 Two years before Beatrice Prior made her choice, the sixteen-year-old son of Abnegation’s faction leader did the same. Tobias’s transfer to Dauntless is a chance to begin again. Here, he will not be called the name his parents gave him. Here, he will not let fear turn him into a cowering child.
Newly christened “Four,” he discovers during initiation that he will succeed in Dauntless. Initiation is only the beginning, though; Four must claim his place in the Dauntless hierarchy. His decisions will affect future initiates as well as uncover secrets that could threaten his own future—and the future of the entire faction system.
Two years later, Four is poised to take action, but the course is still unclear. The first new initiate who jumps into the net might change all that. With her, the way to righting their world might become clear. With her, it might become possible to be Tobias once again.
From #1 New York Times bestselling author Veronica Roth comes a companion volume to the worldwide bestselling divergent series, told from the per-spective of the immensely popular character Tobias. The four pieces included here—The Transfer, The Initiate, The Son, and The Traitor—plus three additional exclusive scenes, give readers an electrifying glimpse into the history and heart of Tobias, and set the stage for the epic saga of the Divergent trilogy.

I'm having Four withdrawals! Something is seriously wrong with me, I haven't even seen the movie yet!!! I read the first of these short stories back in November and I've been waiting patiently for the rest to come out and for me to have a little more Four in my life. I loved the last book in the Divergent series, although I didn't like the addition of Four's POV because it seemed random as the other books were all Tris. That being said though I'm super excited to have stories told exclusively from Four's POV. For us as readers to get to know him a little better.

What are you waiting for this fine Wednesday?
at May 28, 2014
Email ThisBlogThis!Share to TwitterShare to FacebookShare to Pinterest
Labels: A Divergent Story, Four, Veronica Roth, Waiting on Wednesday, WoW