Today I'm taking part in the blog tour for Katie Young's new book The Other Lamb. Here we have all the details about the book and also a Q&A with the wonderful author herself.

THE OTHER LAMB
by Katie Young 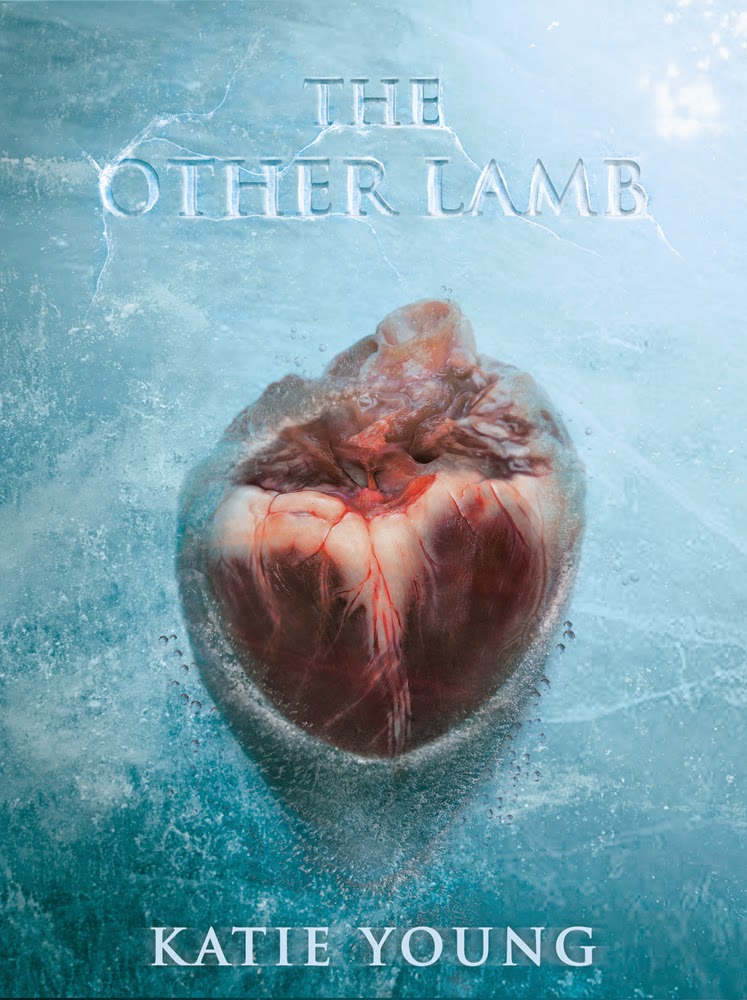 
Incarcerated on Earth as punishment for breeding with humans, the Watchers found a way to escape. Zach is living proof of that…even though someone has cut out his heart. When Zach turns eighteen he develops an insatiable thirst for blood, but he tries to bury his fears and go on enjoying his birthday. His best friend Kim has scored them tickets to the hottest gig in town. But a charged encounter with his idol, the enigmatic rock star known as Grigory, leads to a revelation that shatters everything Zach thinks he knows about himself and the world, and places everyone dear to him in grave danger. Zach is a Naphil, the forbidden offspring of a mortal woman and a Watcher. When those who seek to destroy him snatch Kim, Zach is forced to embark on a journey of discovery spanning continents and ages. With the help of a mysterious stranger named Sam, Zach must unearth the truth about his parentage, find Kim, and discover who has stolen his heart…before he triggers the apocalypse.

Q&A with Katie Young
Author of The Other Lamb

What was the inspiration behind The Other Lamb?

It was based on a short story I wrote in my teens about angels who stole human hearts and swapped them around to make people fall in love. Then while I was researching angelic names, I discovered an author who believed all evil in the world could be attributed to fallen angels and their descendants and that struck me as a fascinating, if totally crazy, idea.

What’s your favourite part of the writing process?

I love coming up with the initial concept, crystallizing the idea and beginning the research. That first flush of excitement. I adore researching and reading around the subject. I may love it a bit too much as I can do this for hours instead of actually writing anything!

Being a female writer were there challenges writing a male protagonist?

I honestly don’t think I ever considered it too deeply. Zach was kind of based on the type of boys I fell for when I was younger – shy, awkward, sensitive. Unobtainable. I have always had very close male friends and I have brothers. I read a lot of male authors. It seemed quite natural to me to write a male voice. I think it’s always a challenge to write believable characters full stop, to be honest. Strangely, I did one of those silly online quizzes quite recently, which was ‘do you have a male or a female brain?’ I had always assumed I had quite a male brain, but I came out something like 97% female, so shows what I know!

What three books would you recommend to readers of The Other Lamb?

Lost Souls by Poppy Z. Brite, The Man Who Fell in Love with the Moon by Tom Spanbauer and I, Lucifer by Glen Duncan.

Nephilim is becoming a big contender for most used mythical creature these days. Why did you choose to write about them?

The idea for the story is actually about fifteen years old, so I’m not sure the Nephilim were quite as popular back then, but I was really drawn to the story of the Watchers, and the idea that angelic bloodlines could still be going strong today. Stories of giants are prevalent in almost every culture, and really, really old, so I guess it’s enticing to think their descendants could be passing as human in the modern age. They can be seen as a nice twist on the traditional vampire too, I think.

Grigory was definitely my favourite. He’s just the embodiment of depravity. He’s gorgeous, immortal, and a rock star. I found mentions of angels having exquisite singing voices, so I wanted to play with that and make Grigory very much about music in all its forms. He is really quite evil in some respects, but with many redeeming qualities.

If The Other Lamb were turned into a film who would your dream cast be?

I LOVE this question because this is exactly the kind of thing I spend my time fantasizing about when I should be working, so thanks for enabling me! I think Ezra Miller would be absolutely perfect for Grigory. He’s gorgeous, but there is something so devilish about his expression sometimes. I can imagine Ben Wishaw or Michael Pitt as Armaros. I like Juno Temple or Saorise Ronan for Kim. Let’s go stellar and say Angelina Jolie or Rihanna for Istahar. For Sam, perhaps Cillian Murphy as he is so mesmerizing and other-wordly. I think Tom Hardy has the beauty and unhinged intensity to play Uriel. I also think Alexander Skarsgard, Tom Hiddleston and Jonathan Rhys-Meyers would be excellent archangels. Zach is tricky…I really like Avan Jogia, Robert Sheehan and Aaron Taylor-Johnson. There’s a young actor, Frank Dillane, who is incredibly natural and looks like a really young Johnny Depp. I’d probably go for him! 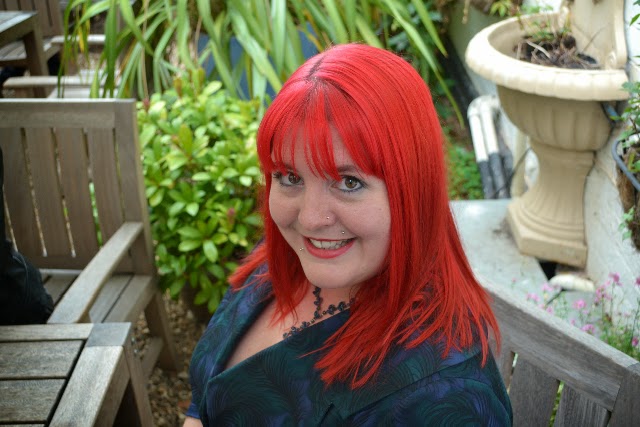 Katie Young is a writer and occasional zombie movie ‘supporting artiste’. She also works in kids’ TV but wishes she were a rock star. She has various shorts available for download from Ether Books, and features in anthologies from Collaboration of the Dead Press, Angelic Knight Press, Indigo Mosaic, Song Stories Press, Static Movement and Fox Spirit Books. Her story, Atelic, was shortlisted for the 2010 Writers' & Artists' Year Book short fiction prize, and she is a regular contributor to the Are You Sitting Comfortably? story-telling events run by White Rabbit. Katie also writes TV reviews for The Cult Den. The Other Lamb is her first novel. She lives in South East London with her partner and a second-hand cat. She is not a natural redhead.